Gary Schwartz published an extensively researched and much noticed monograph on the artist in 1985, Rembrandt: His Life, His Paintings. Although he analyzed the iconography of the paintings, charted the power of Rembrandt’s patrons, and described the clannish nature of Protestant Amsterdam, the real interest of his book, its revisionist fire, was his personal anger at this artist three centuries dead.

“To sum it up bluntly,” he wrote (and Schwartz is nothing if not blunt), “Rembrandt had a nasty disposition and an untrustworthy character.” What did Rembrandt do wrong? Born into a prosperous middle-class family in 1606, the young artist became a fashionable portrait and history painter in Amsterdam, where he set up a large studio, married up in the world, and bought a pretentious house beyond his means. Instead of admiring Rembrandt’s independence, Schwartz accuses the artist of mistreating friends and patrons, delivering paintings late, and finally failing to take advantage of great opportunities. Instead of finding him sympathetic to the downtrodden, he accuses the painter of greediness; a famous story tells of students painting trompel’oeil coins on the floor to see if he’d stoop. Instead of going bankrupt because he was distracted by more important things, Schwartz finds him merely irresponsible, spending lavishly on riffraff, old cloth, armor, seashells, busts, curiosities, and hundreds of prints. 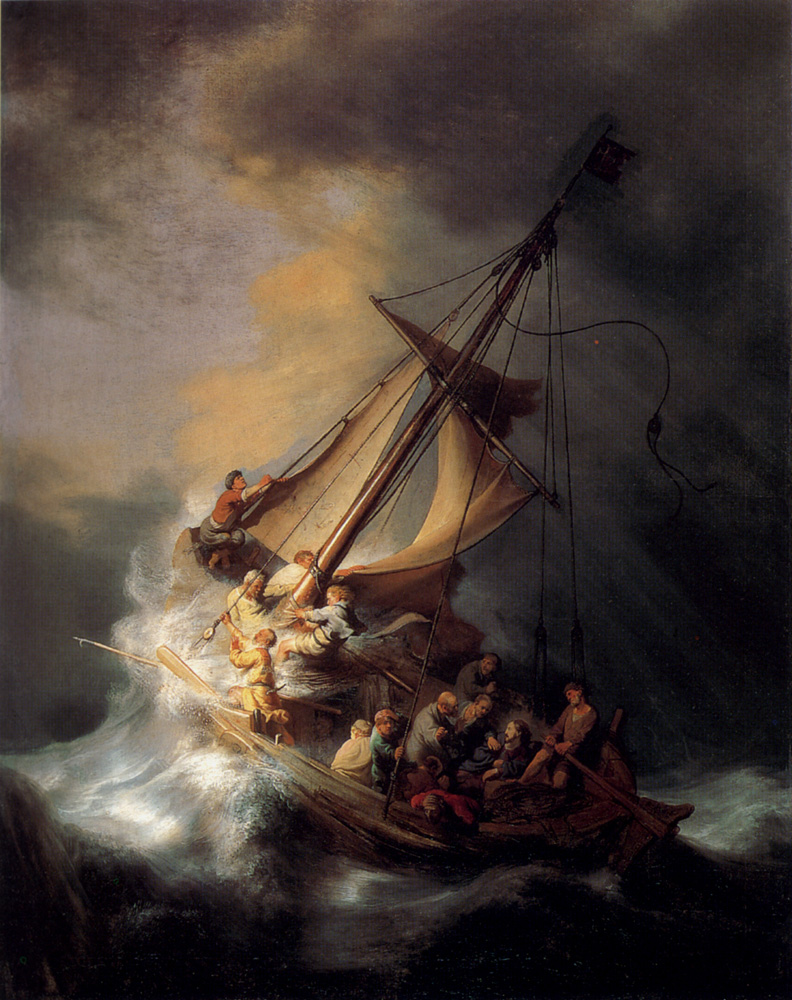 Worst of all, Rembrandt was cruel. Unlike traditional biographers, Schwartz does not gloss over Rembrandt’s relationship with his common-law wife, Geertge Dircx, his son’s nurse with whom he took up after his wife Saskia died. When he fell for yet another woman, and Geertge sued him for support, Rembrandt apparently put her into an insane asylum. “It would hurt me if the reader thought that I was painting too black a picture of Rembrandt’s character by leaving out the evidence of his humanity,” Schwartz writes in his afterword. “Believe me, this is not so. If anything, I have spared him of even worse, such as the testimony that he stole some of the savings of his daughter Cornelia…” Schwartz’s diligent research will doubtless enrich our understanding of the man; his refusal to bend to the romantic myths, to explain away troubling details, shows courage. And there is something appealing, Because so rare, in the sight of a scholar willing to write with passion and disgust. But his sense of human nature is so remarkably simplistic, his feeling for the complex texture of human relations so crude, his confidence in judgments based on limited and circumstantial evidence so inflated, that his black portrait fails to convince.

Does he not know that one can be both greedy and generous, cruel and kind, pitiful and great? That an artist might even steal from his daughter and in other ways remain sympathetic? Or that suffering (Rembrandt’s children and wives died before him) makes people behave badly and, if not serving as a justification, must at least deepen the colors of judgment? It seems likely, on the basis of reading these books, that Rembrandt was a selfish and deeply flawed man whom people were often willing to forgive because he was worth the trouble. Nothing else quite explains why studentS, women, friends, and patrons stuck with him for as long as they did. Schwartz also has no sense of the disturbing ways in which flaws in a man can be strengths in an artist. For example, Rembrandt’s ugly treatment of patrons might have protected him, psychologically, from compromising his art with prettiness. Perhaps it took an oafish boor to draw a defecating dog in the picture of the Good Samaritan. (Over the centuries many people have objected.) But that shocking detail, by rubbing our noses into the world’s indifference to good acts, lends power, outrage, and ethical force to the gentle story.

Find out more information about Rembrandt and his paintings.