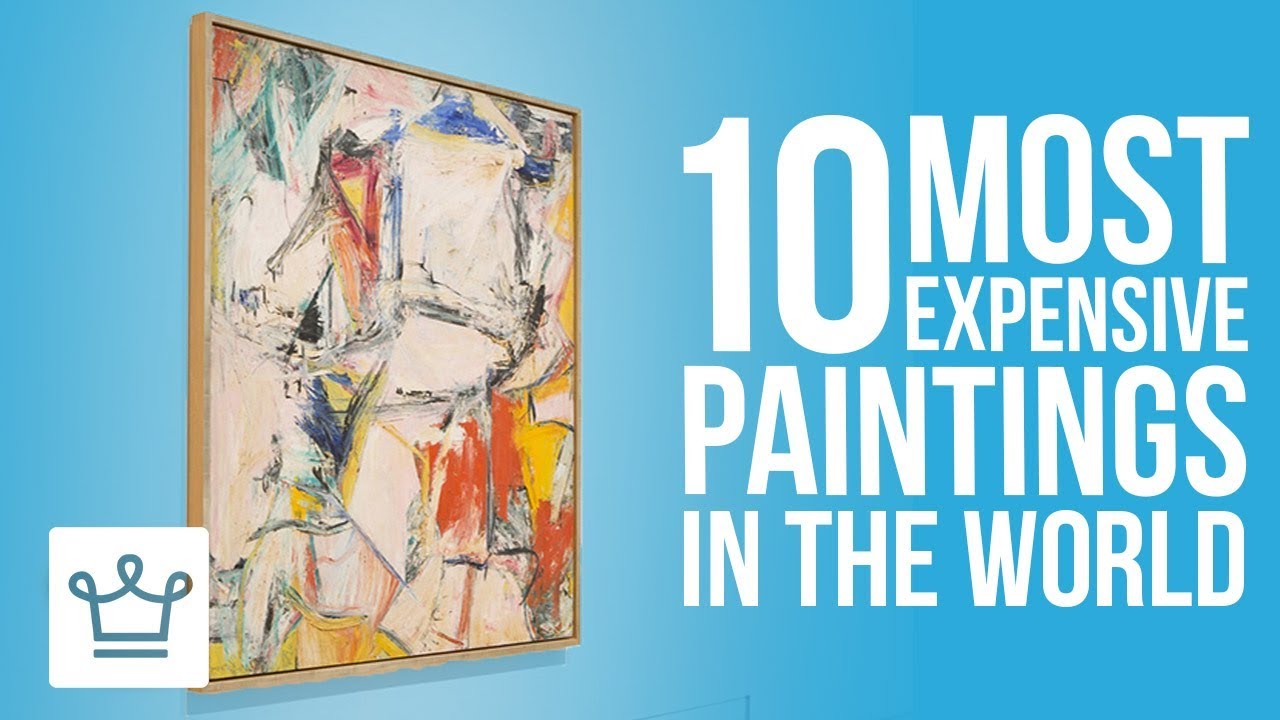 The greatness of art in general is that there’s such a diverse and varied spectrum of works with everyone having their own favorite artist or artistic period that they think rules supreme over the rest. People are so passionate about collecting art that it’s no surprise original pieces by some of the world’s most iconic masters have been sold at auctions for astronomical prices, though there are paintings like da Vinci’s Mona Lisa, a near priceless piece that will likely never be put on Sale through the years, many high-profile works of art have exchanged hands in the auction room for more money than you could ever imagine.

Here is our list of the 10 most expensive paintings ever to be sold at auction, and just so you know we are marking our figures to adjusted prices to make this list as accurate as possible.

Number 10 masterpiece by Roy Lichtenstein, one hundred and sixty five million dollars kicking off our list of insanely expensive paintings is Roy Lichtenstein’s masterpiece created in 1962. The piece is an iconic work of pop art, featuring Lichtenstein’s signature, bhende, dots and a speech balloon and is celebrated for its quirky narrative content that accurately predicted the artists rise to fame.

For years, masterpiece hung over the mantle of American philanthropist, Agnes Gunn’s New York City apartment, but in January 2017 she made the incredibly selfless decision to sell the painting and donate the proceeds to starting a criminal justice reform fund called art for justice. The sale was completed privately and masterpiece was bought by American hedge fund manager, Steven a Cohen for 165 million dollars. 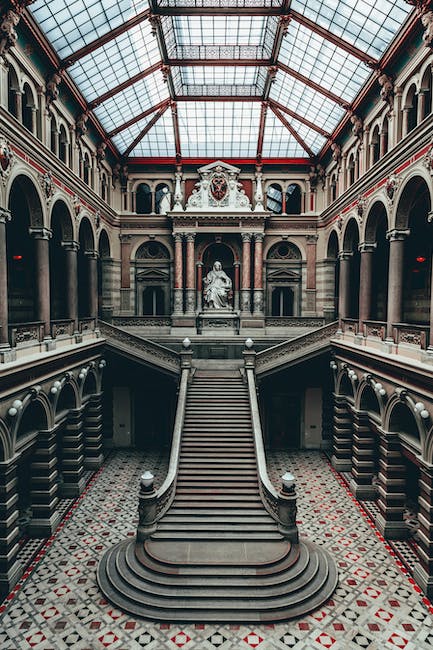 Number 9: five 1948 by Jackson, Pollock 166 point three million dollars making his first appearance on this list at number. Two is Jackson Pollock, with the 1948 work number five 1948, a true work of abstract expressionist genius from the master of the form Pollux number five oil painting was under the ownership of American business magnate David Geffen for many years until 2006, when it was sold in A private sale that evoked much speculation among art lovers, though the identity of the paintings new owner is not a matter of public record. Many people believe it to be Mexican investor David Martinez, who seemingly paid one hundred and sixty six point. Three million dollars for the privilege. Geffen’S motive for selling the masterpiece was to raise funds for his bid to buy the Los Angeles Times.

Number8: new cachet by Amedeo Modigliani, one hundred and seventy two point: two million dollars taking the eighth flawed on this list is new cachet by Italian painter, Amedeo Modigliani an oil canvas created in 1917. That is one of the artists most widely exhibited and reproduced works. Now a part of a private collection, the painting was brought to auction at Christie’s New York in November 2015, where it was purchased by Chinese businessman, Lew Lucan for a staggering 172 point, two million dollars the prominence and importance of this painting can be seen in the Lot notes for Christie’s auction, which state that Modigliani group of nudes resulted in a reaffirming and reinvigorating of the nude model as a presence in Modern Art, high praise, indeed.

Number 7 les femmes dal Jai version o by Pablo Picasso. One hundred and eighty one point: two million dollars up: next is a painting by a man known the world over the one, and only Pablo Picasso painted in 1955 Picasso’s version o of les femmes dal Jai, is without a doubt the most famous of this particular series. In 1997, it was purchased for an undisclosed fee by British art dealer Libby Howie on behalf of an anonymous Saudi Arabian london-based, collector verse, Oh arrived at auction for a second time in May 2015 at Christie’s New York, where it was expected to set a new world Record and that expectation was met when the Qatari Prime Minister Hamad bin Jassim bin Jaber Al Thani paid one hundred and eighty 1.2 million dollars for ownership, the highest price ever paid at auction for an artwork. 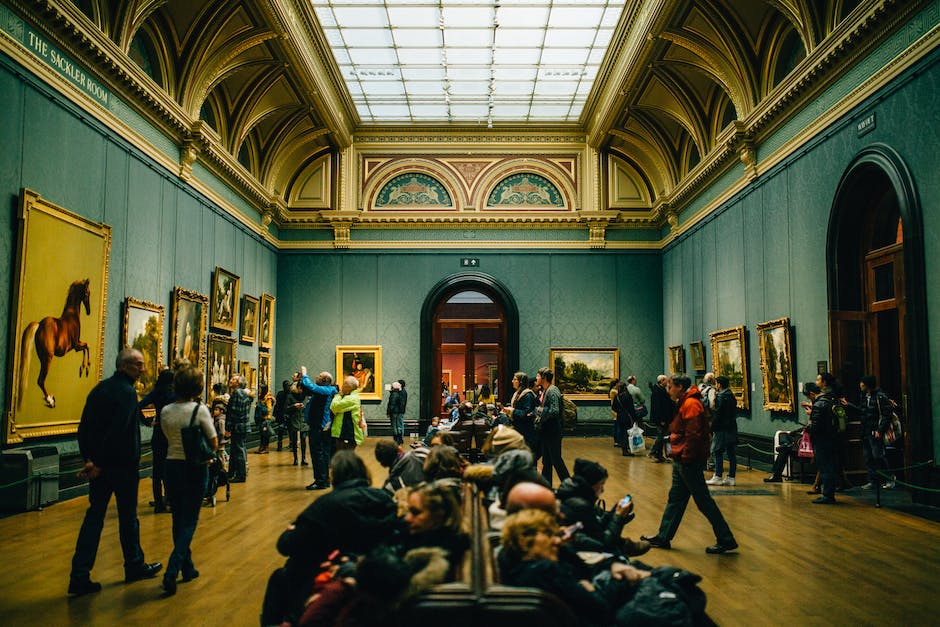 Number 6: pendant portraits of Martin Suleiman’s and huapi and carpet by Rembrandt 182 million dollars in a case of bang for your buck. Number 6 on our list is actually for a pair of artworks by Dutch master Rembrandt. Actually, his 1634 pendant portraits of martin Suleiman’s and huapi and carpet this pair of full-length wedding, portraits, were painted separately but have been kept together ever since their completion and were sold in a private sale by Eric de Rothschild in September 2015. In an unusual turn of events, the paintings were bought for 182 million dollars in a joint venture by the Louvre in Paris and the Rijksmuseum in Amsterdam. The two institutions are experimenting with a shared ownership system in which the paintings will be shown in both regularly and also sent out on art tours before we head into the top 5 on our list.

Number 5 number 6 violent, green and red by Mark Rothko, 188 million dollars just Squeaking in to our top 5 is number 6 violent, green and red. A 1951 oil painting by Russian American abstract expressionist Mark Rothko. The painting is seen as a quintessential example of that particular period in Rothko’s career, with a large expanses of color, hazy shades and faded separated lines. Yet in another private sale in August of 2014, the painting was bought by Russian businessman, Dmitry rebel alev for 140 million euros, the equivalent of a staggering 188 million dollars –

Number 4 number 17, a by Jackson, Pollock 202 million dollars. It’S time to say hello again to our friend Jackson, Pollock, with this 1948 masterpiece number 17, a Pollak has the distinction among his peers of being the only artist to have two artworks in the most expensive auction top 10. A truly amazing feat: if you’ve never even heard of Jackson Pollock, we can guarantee that you will have at least seen images of this iconic painting before and you might have heard of him referred to as Jack the dripper for his distinctive style. For years this painting was in the possession of David Geffen, the man who you remembered also owned, Pollock’s number five 1948 in 2015, however, number 17 a was sold privately by the David Geffen foundation to the American hedge fund manager, Kenneth C Griffin for an eye-watering, 202 Million dollars take note of mr

Griffin’S name he might be making an appearance later on in this list: number 3 Nephi filippo. When will you marry by Paul Gauguin, two hundred and twelve million dollars? Number three on this increasingly expensive list goes to Paul Gauguin’s 1892 painting Neff atha hypo. When will you marry gogans mastery of the French post-impressionist movement made? His very best works infinitely valuable, and this came to fruition when, in February 2015, Neff atha apoyo was sold privately on behalf of the family of Swiss businessman. Rudolph’S Aisling, the lucky owner of this masterpiece, was chica, Alma, ASSA, bint, Hamad, al-thani, a member of Qatari royalty and a known art lover who paid two hundred and twelve million dollars to be able to call the painting her own. 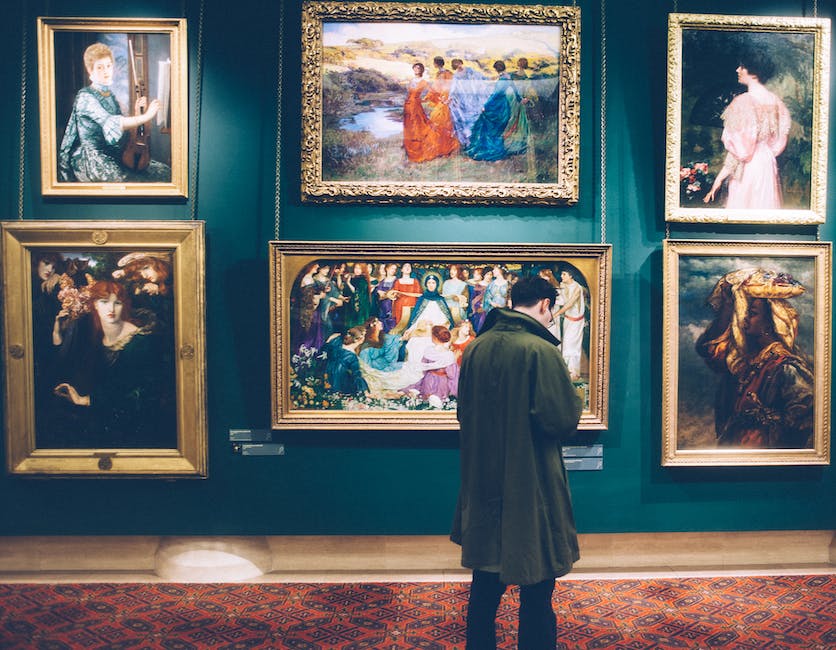 Number Two, the card players by Paul Cezanne, 266 million dollars just missing out of the top spot, is Paul. Czanne’S 1893 masterpiece. The card players painted in the latter years of seasons career the card players is actually a series of similar oil paintings that vary in size, setting and number of visible players, the most prolific of which was bought by the Qatari royal family. Anyone starting to sense a theme here in 2011 for the extraordinary sum of two hundred and sixty-six million dollars. This sale was arranged by Greek shipping magnate George MB Rico’s, who had been the paintings previous owner. The card players series featuring many of the original pieces have repeatedly been featured in museum tours around the world, but this particular privately owned piece is always represent by a replacement print number one interchange by willem de kooning, 303 million dollars. Here it is the moment you’ve been waiting for the most expensive painting ever sold at auction by far is interchange by willem de kooning. The dutch american masters 1955 oil painting, is a defining work in Abstract, Expressionism and in a transaction that feels very similar to anyone who has watched the entirety of this video. The painting was sold in September 2015 by the David Geffen foundation for a phenomenal 303 million dollars. Yep, you guessed it, mr

Kenneth C Griffin, this astronomical purchase means that Griffin is the proud owner of not one but two of the most expensive paintings in the world. What an unbelievable claim to fame happy to share his love of art with the world Griffin has arranged for the paintings to be on loan at the Art Institute of Chicago since the record-breaking sale. So there you have a detailed rundown of the 10 most expensive paintings that have ever been sold at auction. Are you an art lover yourself which of the paintings? Would you most like to have hanging on your wall? Let us know down in the comments and now how about one final art fact as a thank you for sticking with us right to the end of the video. Did you know that out of the 70 biggest selling pieces of artwork ever Pablo, Picasso is the most frequent contributor? Picasso makes no less than 13 appearances on the list with his sold pieces, adding up to a sensational value of 1.3 billion dollars.

Although it is not possible for us to own these paintings, but it doesn’t mean that there is no way we can have them on walls. The best alternative way is museum quality art reproduction which will not cost an arm and a leg but still have the beauty of the original art.